When you book with an account, you will be able to track your payment status, track the confirmation and you can also rate the tour after you finished the tour.
Sign Up
13

Why book with us?

Do not hesitate to give us a call. We are an expert team and we are happy to talk to you.

Northern India is a very beautiful and culturally significant region. It is home to some of India’s most beautiful sites, including majestic mountain ranges and ancient temples and monuments. The 09-day/08-night tour allows tourists to thoroughly explore this fascinating corner of the world, learning about its distinct history and culture and admiring breathtaking landscapes.

Upon arrival at the airport in Delhi, meet with staff for introductions. Transfer to hotel and overnight stay.

After breakfast, tour Old and New Delhi. Visit from the outside of the Red Fort, built in 1639 by Mogul Emperor Shah Jahan (the one who had the Taj Mahal built) and a UNESCO World Heritage Site since 2007. Visit the Jama Masjid, one of India’s most impressive mosques, also commissioned by Shahjehan and completed in 1656. Drive through the quaint and ancient Chandni Chowk market built in the 17th century by the emperor himself. Visit the Raj Ghat, a black marble platform marking the site of Mahatma Gandhi’s cremation on January 31, 1948 one day after his assassination. Continue through New Delhi to the Government Buildings district, representing the world’s largest liberal democracy, and Connaught Place. Stop at the India Gate, the arch erected in memory of the Indian soldiers who gave their lives fighting for the British Army during World War I. Visit the Qutub Minar complex, a 73-meter-high tower engraved with verses from the Quran, built in 1193 by Qutab-ud-din Aibak, which is one of the most beautiful monuments in India and the world.
Dinner and overnight stay at the hotel. 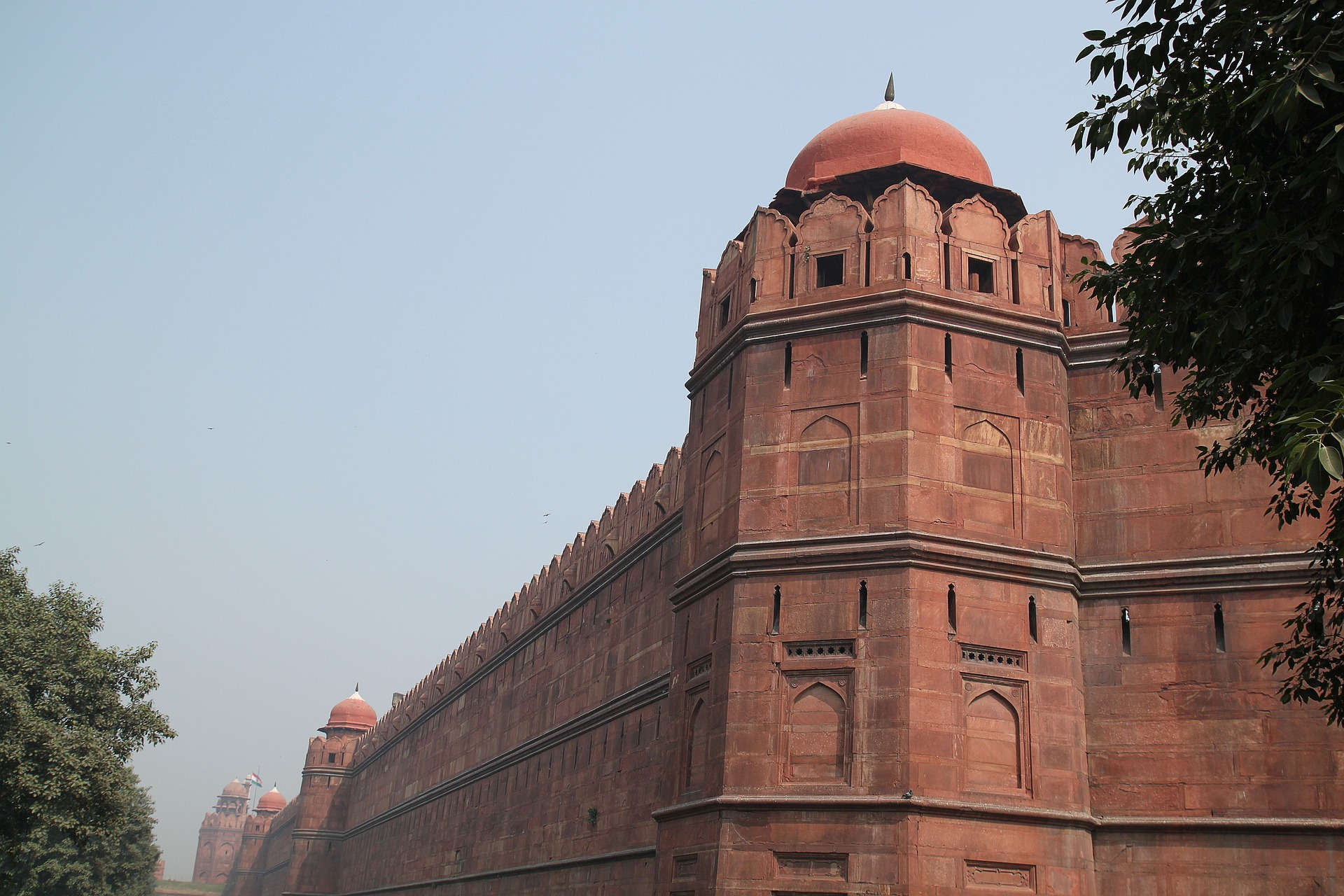 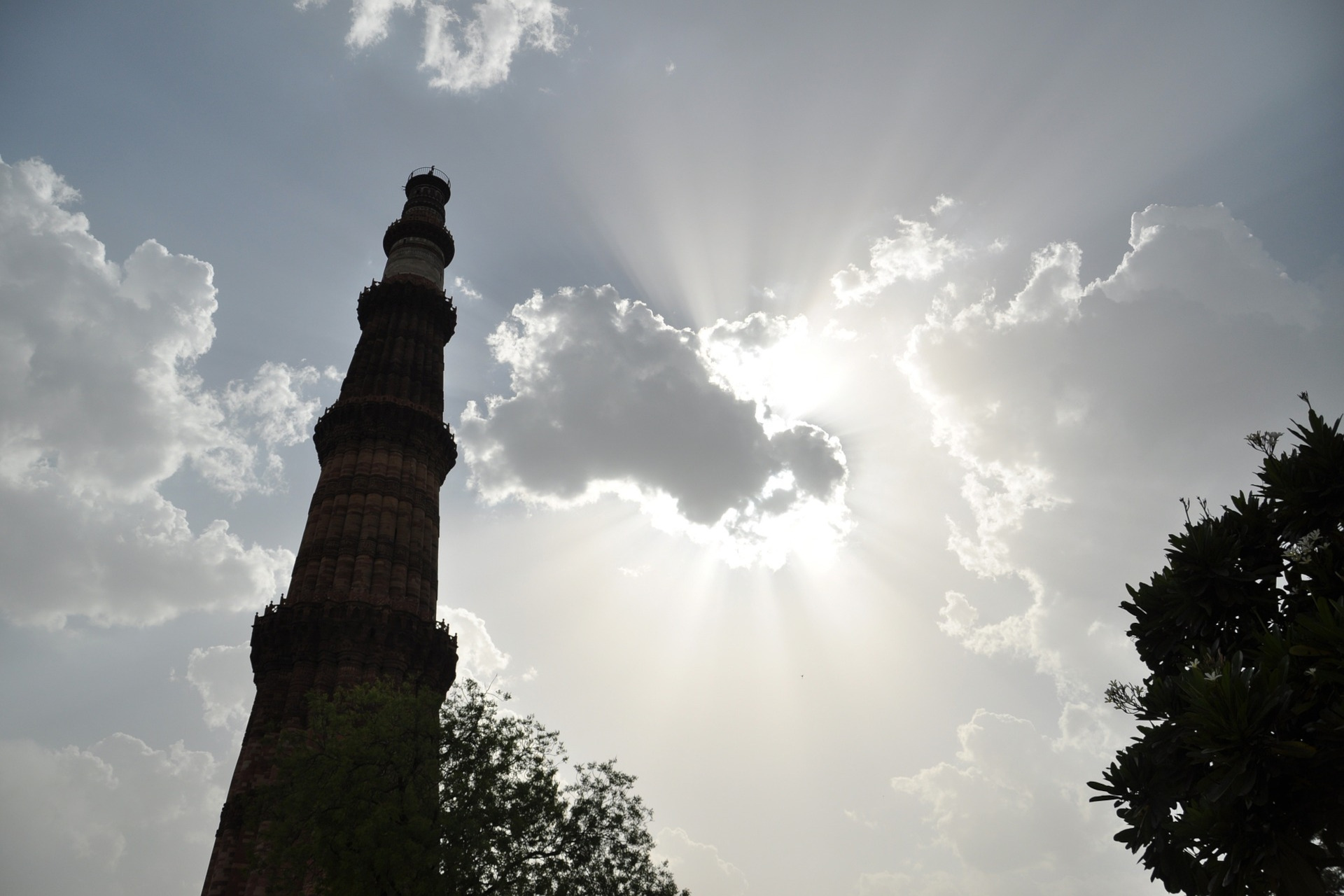 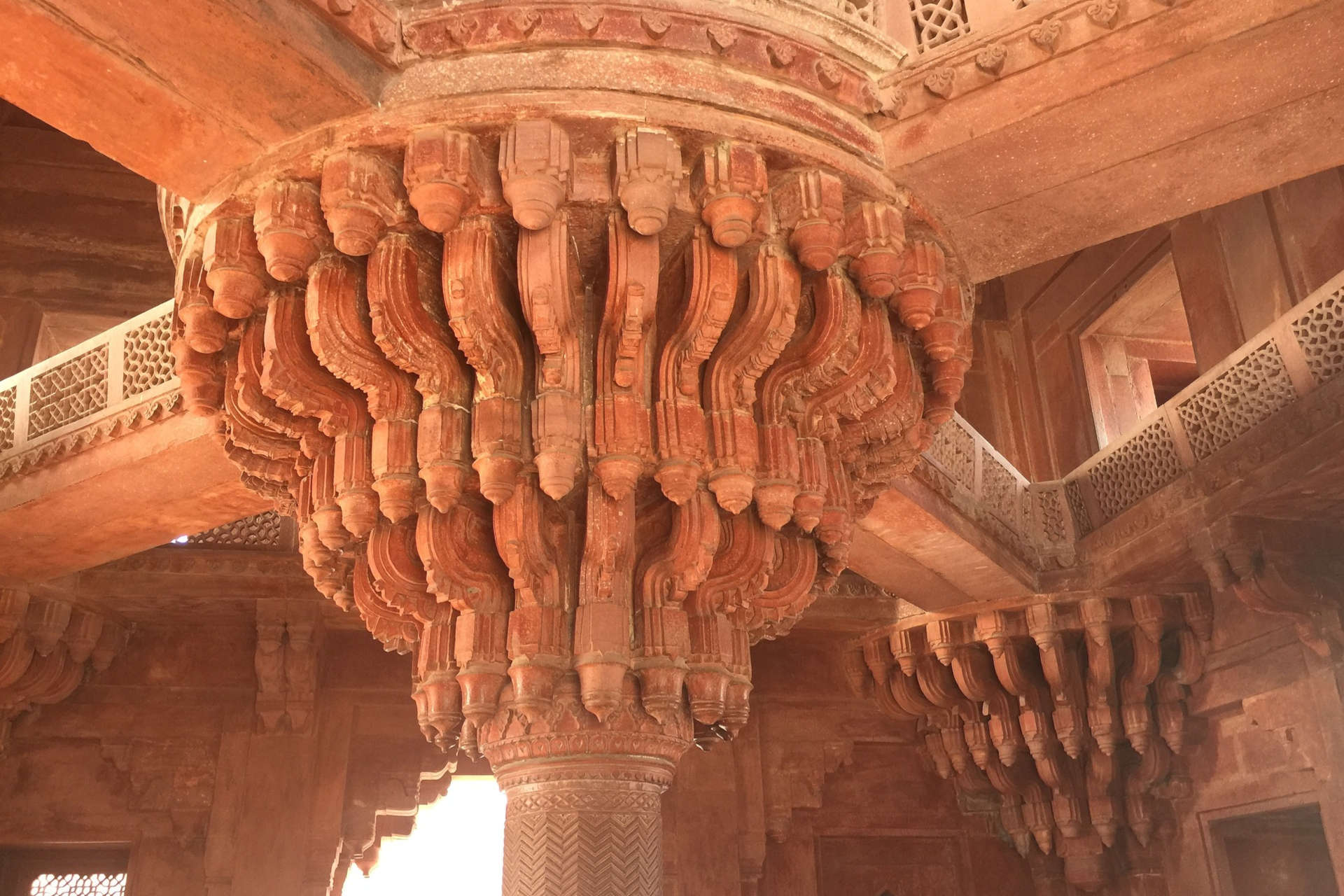 Breakfast at the hotel. Depart for Jaipur, the capital of Rajastan, the “Pink City,” founded on November 18, 1727 by Maharaja Sawai Jai Singh II, the ruler of Amber, after whom the city is named. Tour in Jaipur by the typical Indian vehicle, the Tuk Tuk. Tour of the City Palace complex, historic seat of the Maharaja of Jaipur, whose construction began between 1729 and 1732 by Sawai Jai Singh II, which, with its courtyards, gardens and buildings, is the heart of the old city. Even today it is still the residence of the royals and is partly a museum. Continue with a visit to the Jantar Mantar, the Astronomical Observatory, a World Heritage site, a collection of architectural forms used as astronomical instruments, built by Maharaja Jai Singh II between 1727 and 1734 on the model of the similar structures already erected in Delhi. Dinner and overnight stay at the hotel. 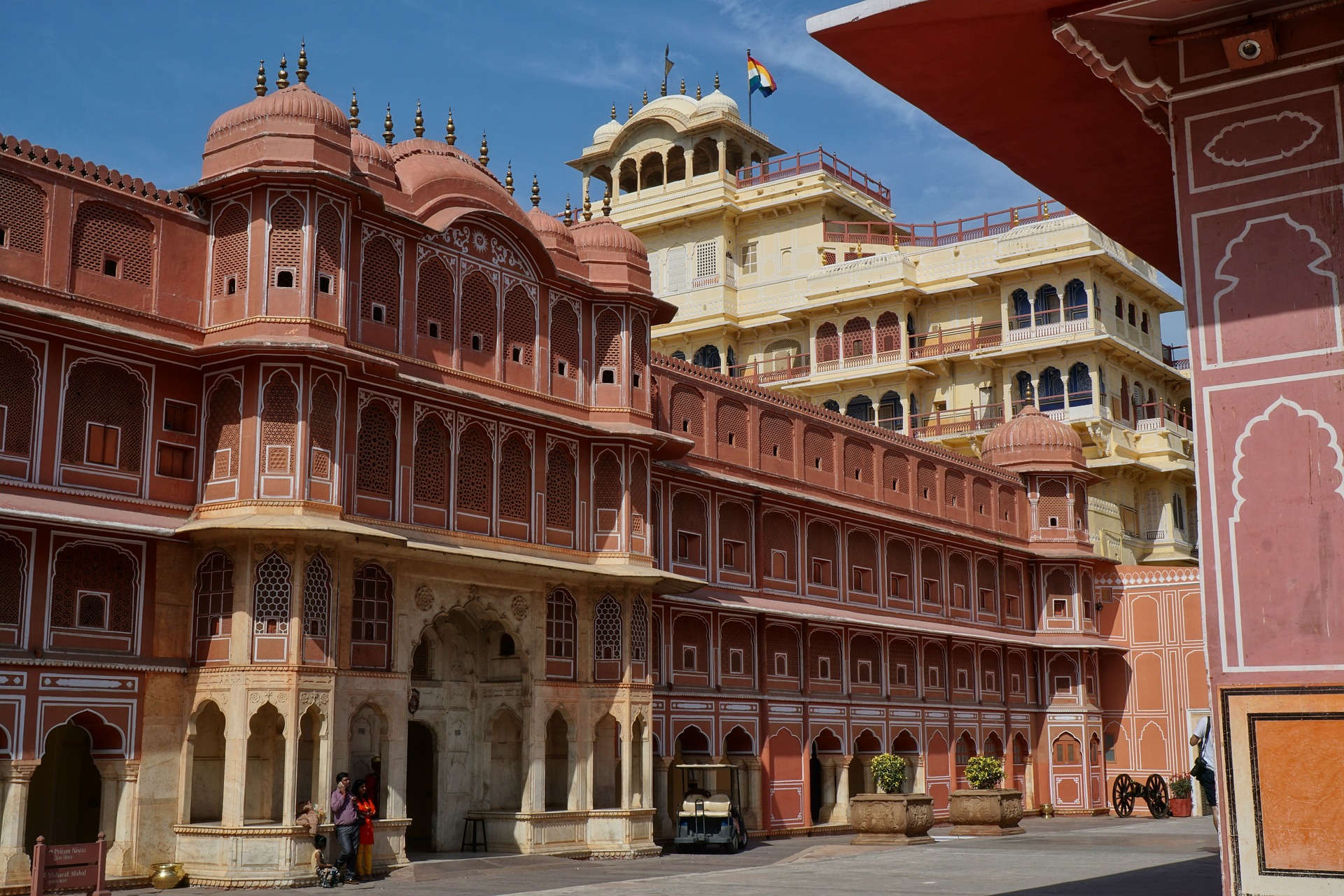 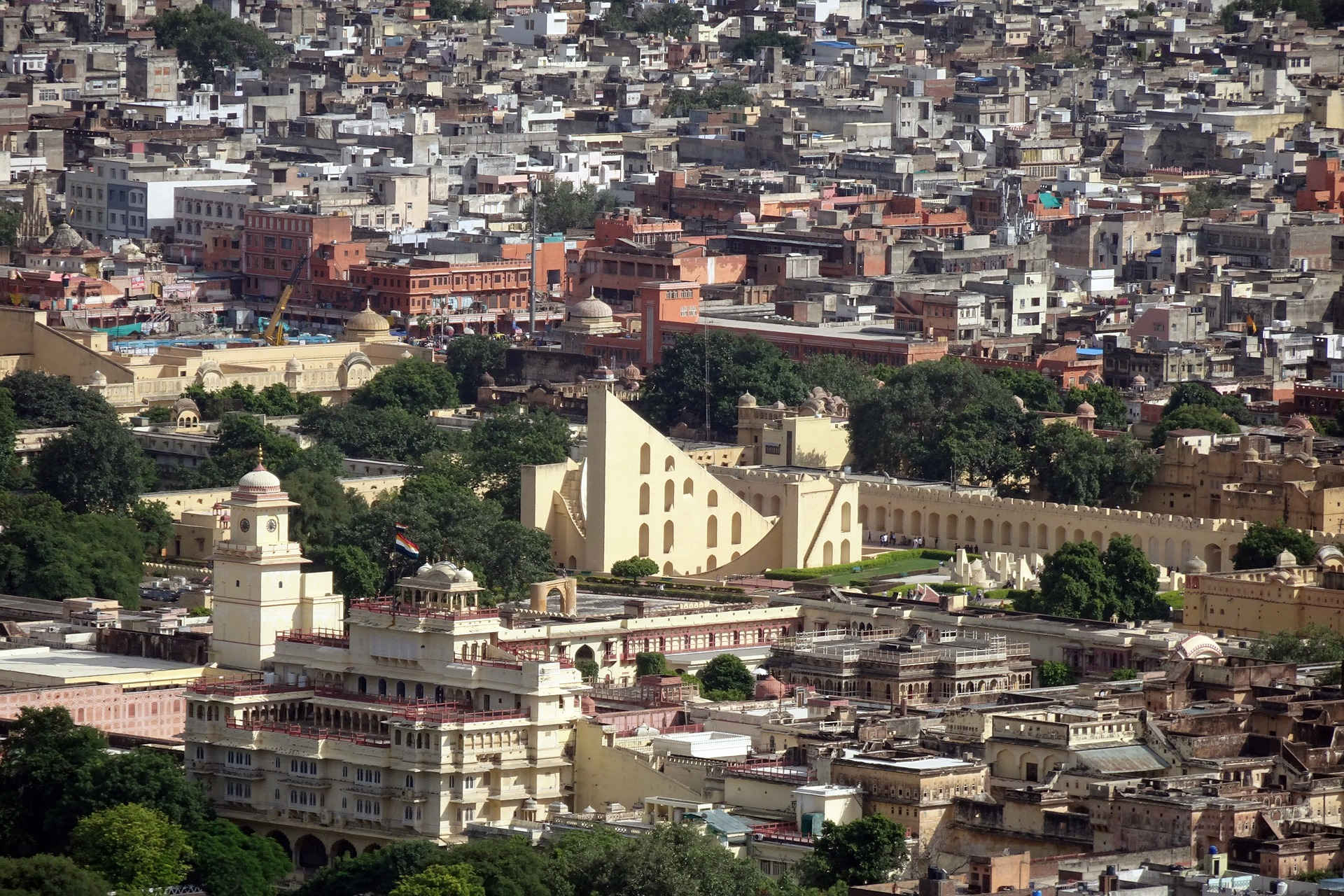 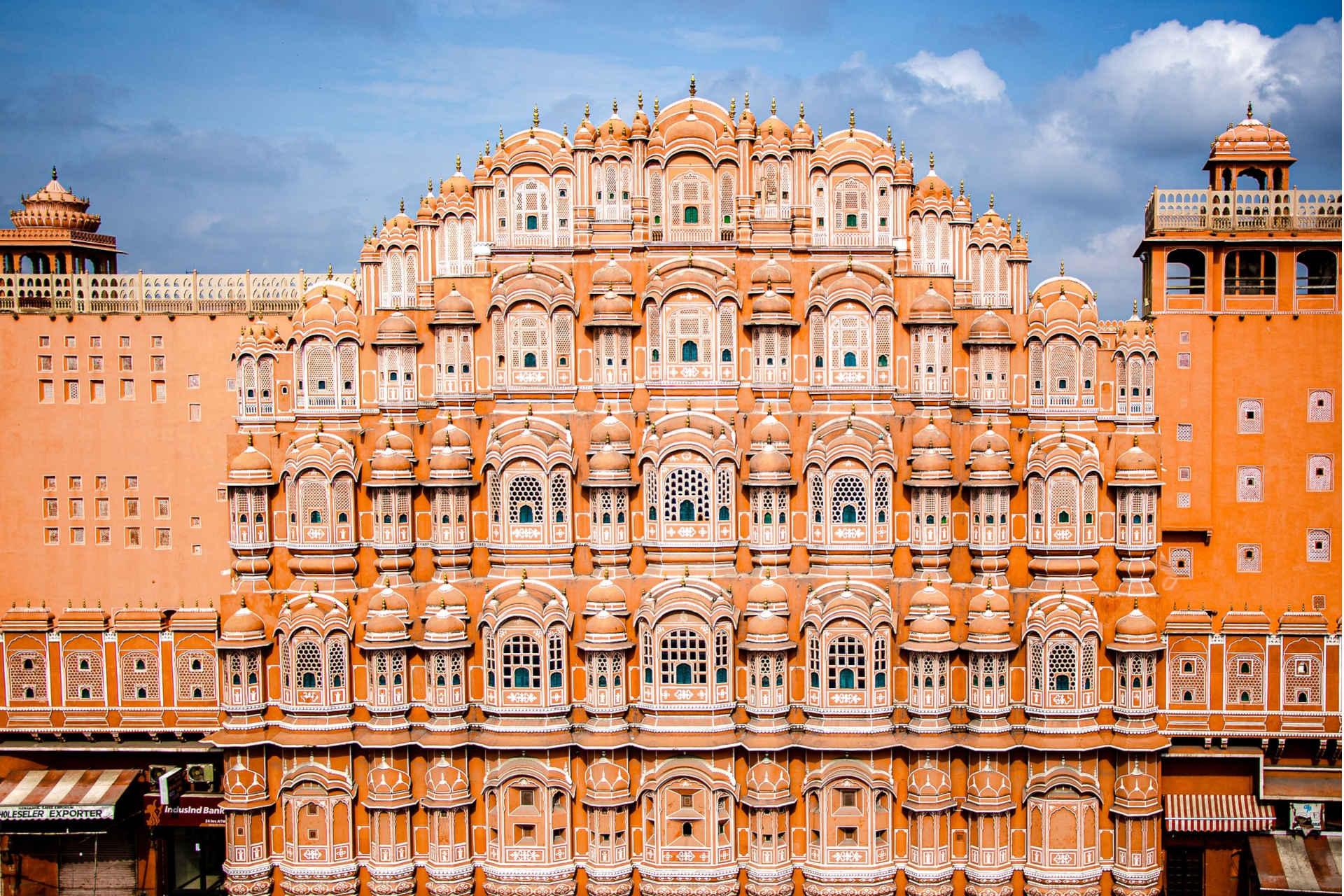 Breakfast at the hotel. Photo stop in front of the Palace of the Winds or Hawa Mahal, built in 1799 to allow, in discretion, the ladies of the court to observe daily life on the streets. Excursion to Amber Fort, 11 km. from the city. The red earth and white marble fort, whose construction began in 1592 at the hands of Raja Man Singh I, was the ancient capital of the state and seat of all the Rajput dynasties until the founding of Jaipur. Inside, fine decorations with sculptures, mirrors, precious stones. Reach the fort’s entrance by elephant back or jeep (subject to availability), along the fort’s ramparts. Afternoon at leisure for relaxation, shopping or individual visits.
Dinner and overnight at the hotel.

Breakfast at the hotel. Departure for Agra. Stop to visit Abhaneri, where an ancient well-palace is located. Lunch at the noble palace of the Maharaja of Bharatpur. Continue on and stop to visit Fathepur Sikri, 40 km from Agra, which was built by Emperor Akbar in 1569 and with it testified to the power of his reign. The city was abandoned 15 years later because of water shortages. Its red sandstone palaces and pavilions are perfectly preserved. Dinner and overnight stay at the hotel.

Breakfast at the hotel. Visit to the Red Fort, a UNESCO World Heritage Site, whose construction was ordered by Emperor Akbar in 1565. Visit to the Pearl Mosque and the Halls of Audience. Visit to the Mausoleum of Etimad-ud- Daula. Afternoon visit to the Taj Mahal, (closed Friday), the magnificent monument commissioned by Shah Jahan, who dedicated it, out of love, to his wife Mumtaz Mahal, who died in childbirth; construction was completed in 1653. Even today their bodies rest in a simple crypt. Today the monument is a UNESCO World Heritage Site.
Dinner and overnight stay at the hotel.

Breakfast at the hotel. Depart by Intercity train for Jhansi at 08:10 a.m., arriving at 10:45 a.m., to meet with staff for introductions and tour of Orchha, a beautiful medieval city where time has stood still on the palaces and temples built by its Bundela rulers in the 16th and 17th centuries. City tour, particularly of the Jehangir Mahal, a palace built in 1606 to house the visiting Emperor Jehangir. Free time to wander around. In the afternoon, depart for Khajuraho, built by the Chandela dynasty, which rose to power in central India between the 10th and 11th centuries, and home to some 25 temples depicting different aspects of life, including the erotic. Declared a World Heritage Site, it is among the important destinations for world tourism. Dinner and overnight stay at the hotel.

Khajuraho / Varanasi (by flight - about 1 hour)

Breakfast at the hotel. Visit the magnificent Jain and Hindu temples, sacred symbols of Indian sacred architecture with their countless erotic figures. Late morning, transfer to the airport to board flight to Varanasi, a holy city par excellence for Hindus and one of the oldest cities in India. In the afternoon, if time permits, visit the archaeological site of Sarnath, 10 km northeast of Varanasi, one of the major centers of Buddhism in India, where the Buddha delivered his first sermon after attaining Enlightenment in Bodhgaya (c.528 B.C.). During the evening visit to the Ghats to witness the impressive evening prayer.
Dinner and overnight stay at the hotel. 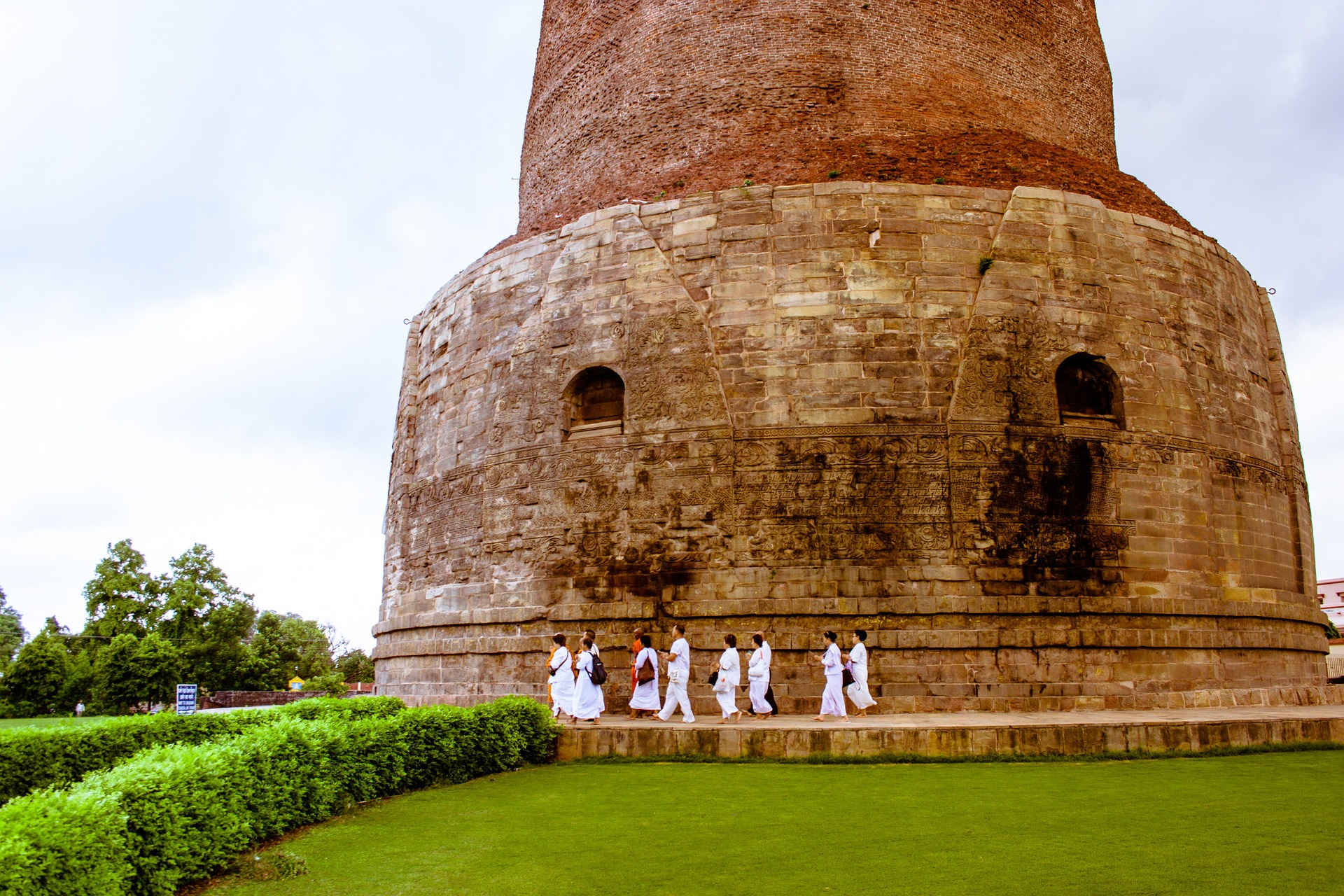 Breakfast at the hotel. Wake up very early in the morning. Boat ride to witness the purification rituals, offerings and prayers of the devout pilgrims to the rising sun amidst the scent of incense and the special spiritual atmosphere of the city of Varanasi. Walk through the ancient city that houses the Golden Temple and the Aurangzeb Mosque. Transfer to the airport to board flight to Delhi and meet with our staff. No overnight stay.
Dinner and transfer to airport to board flight.

The program may also be subject to changes based on traffic, weather or other events beyond our control. In this case we will take care of evaluating the necessary changes together with the travelers.

What you need to know

As the hotels have different seasons that vary from hotel to hotel, the tour price will be on request, and the final amount will be calculated at the time of booking, according to the travel dates chosen and according with the number of participants.

Prices are per person on request in US Dollars

Travelers can cancel the tour before the deadline of cancellation; charges will be applied according to the cancellation deadline. The date of cancellation is the date in which the written communication od cancellation is received by the company.  Charges are a percentage of the total tour price per person, including surcharges but excluding any amendment charges and any insurance payment.

30 days up no charge

Child from 1 – 5 year: Free of charge if sharing bed with parents

Child from 6 – 7 year: charge 50% of adult price if sharing bed with parents

Child from 10 year up: adult rate 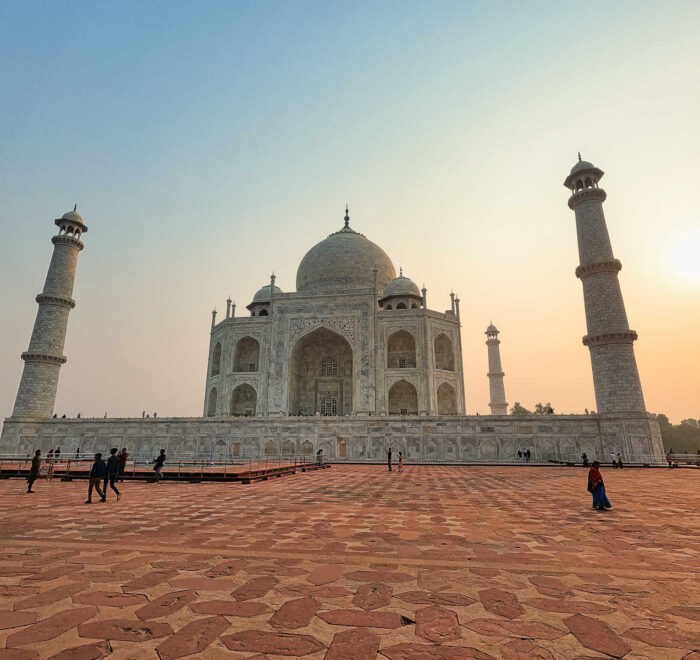