When you book with an account, you will be able to track your payment status, track the confirmation and you can also rate the tour after you finished the tour.
Sign Up
158

Why book with us?

Do not hesitate to give us a call. We are an expert team and we are happy to talk to you.

A 4 days 3 nights itinerary in one of Northern Thailand most interesting provinces, starting and ending in Chiang Mai. The first day you will visit the most important city temple and the Hmong village of Doi Pui, set in a lush garden of beautiful flowers. In the early evening, you will experience the dainty cuisine of Northern Thailand in a Khantok restaurant and learn more about traditional Northern cuisine while admiring a dancing and music show. The Khantok is a round table in lacquered wood, standing on 5 or 6 short legs. Guests are invited to sit on the floor around the Khantok. The second day you will travel to the sleepy provincial town of Chiang Rai, stopping on the way to visit an orchid farm and an elephant camp and hospital, the Chiang Dao cave and the striking hilltop Thaton temple which offers superb views of the Mae Kok River Valley. Before reaching Chiang Rai you will meet the “Long Neck women” who belong to the Karen tribal group. The third day is devoted to explore the spectacular and lush surroundings of Chiang Rai: the Golden Triangle, where Thailand meets Myanmar and Laos, once an infamous opium trading point, a Laotian village and the bustling border town of Mae Sai. A short boat ride on the powerful Mekong completes your Golden Triangle experience. Heading back to Chiang Mai, end your trip by marvelling at the stunning architecture of the White Temple, and relaxing at the hot springs.

In the morning upon arrival at Chiang Mai airport, meet the local guide and transfer to the hotel. Check in and some free time to rest.

12:00 pm Meet your guide in the lobby and transfer to a local restaurant for lunch.

After lunch, visit the most important temple of the city, Wat Pratat Doi Suthep and a Hmong Village for souvenirs and art crafts.

05:00 pm Return to the hotel and relax.
06: 45 – 07: 15 pm Meet with driver and Transfer to a local restaurant to enjoy a traditional Kanthoke dinner, accompanied by a show. Here you can learn more on traditional Northern cuisine while enjoying some dancing and traditional music. The main dishes on the Khantok are steamed rice, kaeng hang-le (pork curry), nam phrik ong (gravy with minced pork and tomatoes) usually accompanied by khaep mu (crispy pork rind) ) and Khai Tod (fried chicken).
09:30 pm Return to the hotel, overnight in Chiang Mai.

07:00 am Meet the guide and depart for Chiang Rai following the old commercial route via Tathon. On the way, stop to visit an Orchid Farm, see an elephant show, explore the Chiang Dao cave and the Tathon temple which has a beautiful view of the Kok river valley. The Elephant Park where we stop was born in 1989, following the ban on cutting trees in Thai forests. Seeing an increasing number of elephants forced to wander the streets of the city and resume work in the illegal timber trade, a local family with no previous experience of elephants, decided to create a safe environment that tourists could visit and support.
Lunch in a local restaurant.

In the afternoon we visit a Karen village of Long Neck Women. They are known as Padaung, and it is believed that they originally came from Yunnan province, China, and later emigrated to Myanmar. After the persecutions against minorities started in Myanmar, the Padaungs fled to Thailand where nowadays they coexist with other minorities in protected areas.

07:30 am, meet the guide and depart to explore Chiang Rai. Visits start with the Golden Triangle, where you’ll have a view on three countries (Thailand, Laos and Myanmar). There is a boat rental service in Sop Ruak for those who want to admire the panorama from the river (not included in the price). The journey takes only 20 minutes, and there are several locations for taking photos with a spectacular backdrop.

Then we visit Don Sao Village in Laos and the border town of Mae Sai. Lunch in a local restaurant, then we head towards Chiang Mai, following the Doi Saket Route. Along the way we stop at the famous Wat Rong Khun temple (White Temple) and the Mae Krachan Hot Spring.

Breakfast at the hotel. Room available until 12:00 pm. Two (2) hours before your scheduled flight, meet with the driver and transfer to Chiang Mai airport.

The program may also be subject to changes based on traffic, weather or other events beyond our control. In this case we will take care of evaluating the necessary changes together with the travelers. 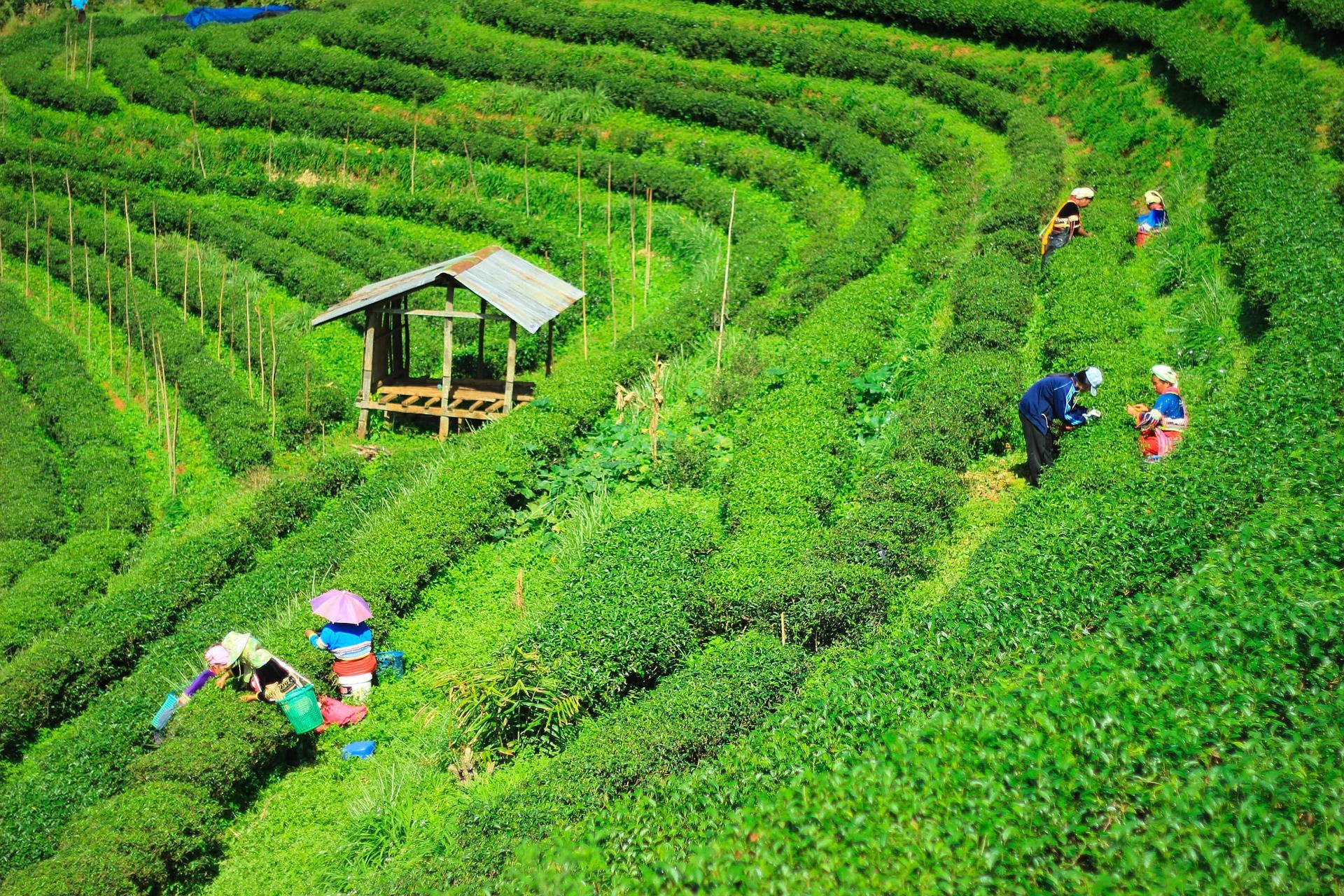 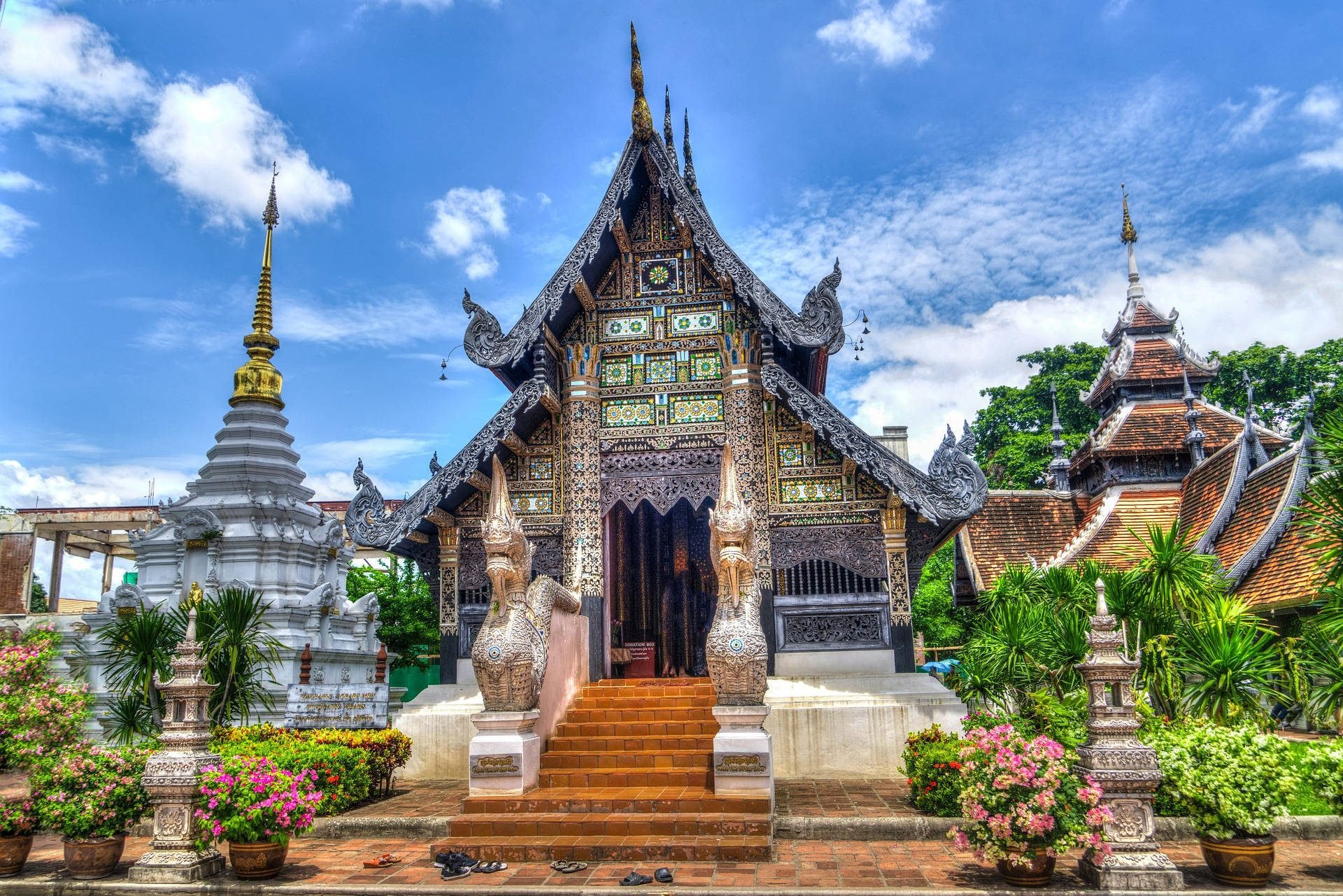 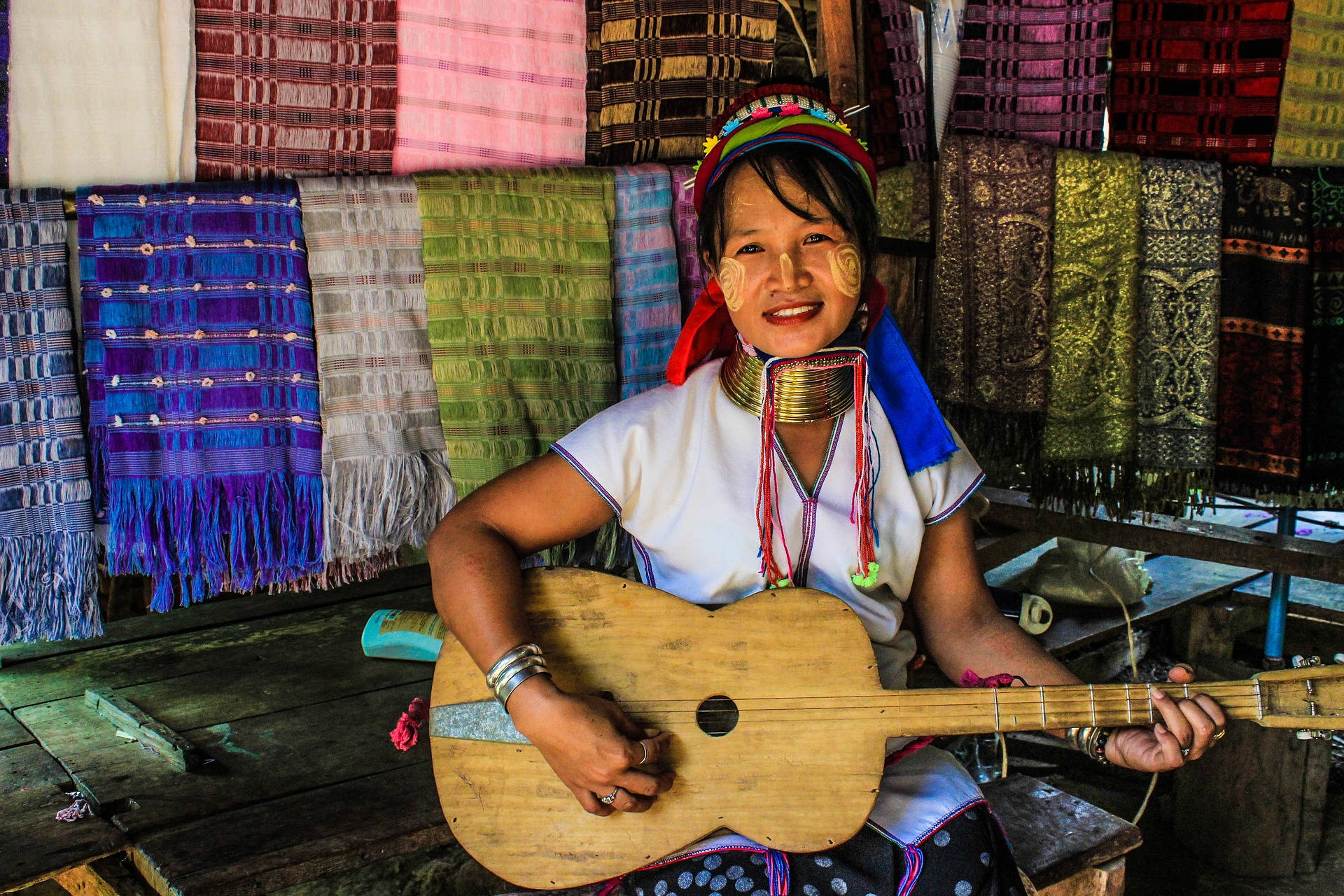 Built in the early 19th century, the marvellous Wat Phra That Doi Suthep starts to impress visitors with the seven-headed snake statues flanking the stairs at the entrance to the temple. It continues to impress with its golden Chiang Saen style pagoda and its exquisite Lanna architecture. The view of Chiang Mai from here is simply phenomenal.

Equipped with full-time trained staff, which includes an experienced veterinarian and an expert Mahout with extensive knowledge of natural medicinal herbs and elephant behaviour, the Elephant Camp is an experience most visitors never forget.

Thanks to the help of volunteers and the involvement of several local companies, the camp is now a fully operational FREE clinic for the the long-term sustainability of domesticated elephant herds.

What you need to know

As the hotels have different seasons that vary from hotel to hotel, the tour price will be on request, and the final amount will be calculated at the time of booking, according to the travel dates chosen.

Prices are per person on request in local currency (THB)

Travelers can cancel the tour before the deadline of cancellation; charges will be applied according to the cancellation deadline. The date of cancellation is the date in which the written communication or cancellation is received by the company.  Charges are a percentage of the total tour price per person, including surcharges but excluding any amendment charges and any insurance payment.

30 days up no charge

Child from 1 – 5 year: Free of charge if sharing bed with parents

Child from 6 – 7 year: charge 50% of adult price if sharing bed with parents

Child from 10 year up: adult rate 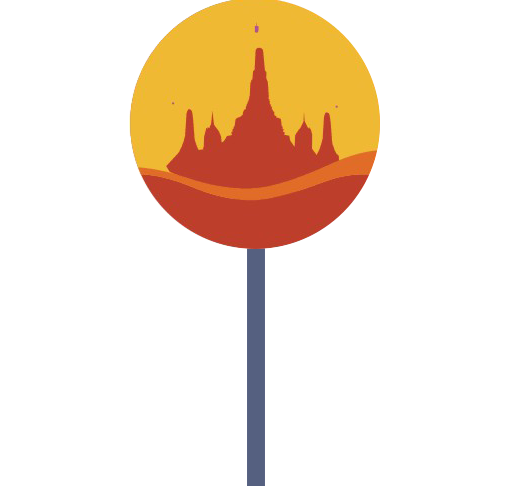 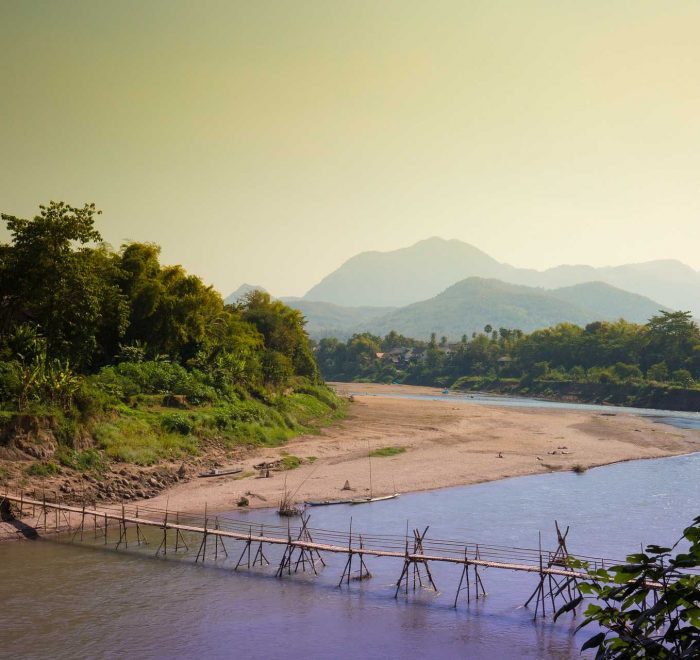 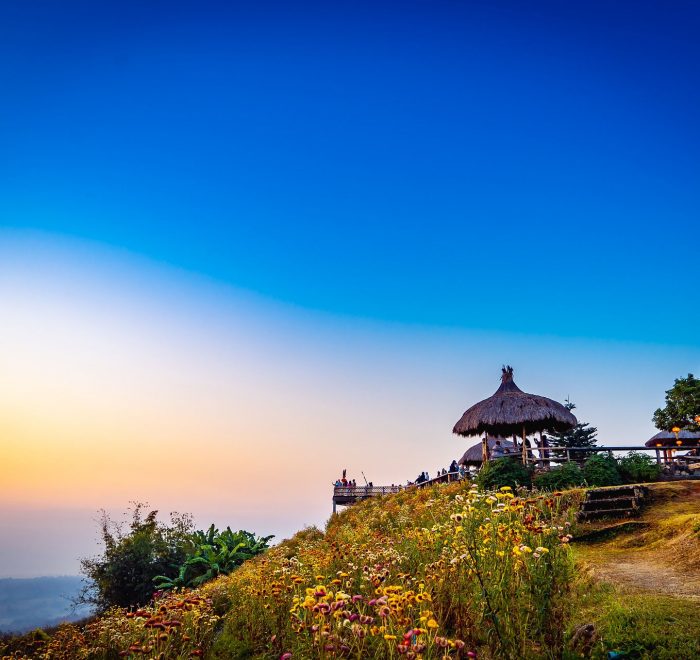 Exploring the Land of the Three Mists